Blockchain Network Elrond to Reward $40,000 for Using its Testnet 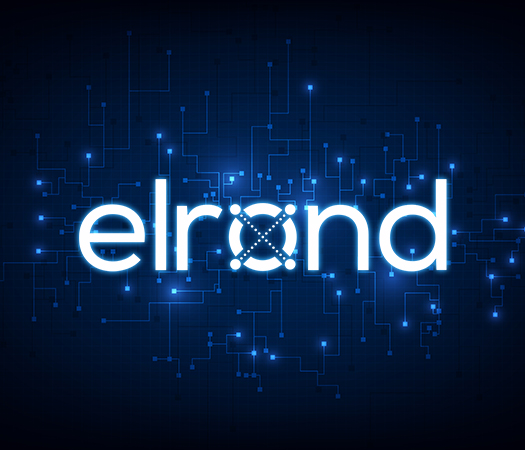 Blockchain Network Elrond to Reward $40,000 for Using its Testnet

Ahead of its main net launch, high-speed Blockchain network Elrond has announced $40000 rewards to stimulate to use of its testnet. The testnet event is scheduled for 4 June 2020 that will mark the end of its extensive testing phase.

With the mainnet launch, Elrond will become the first blockchain to accommodate internet-scale performance which will open new avenues for blockchain adoption and usability.

The testnet event dubbed as “Battle of Nodes: Onchained” will transform Elrond’s test network into a virtual battlefield where missions will be carried out and bugs will be identified.

Participants will be rewarded with $ 40,000 in the form of ERD and mainnet stakes.

The features of the Event

The “Battle of Nodes: Onchained” will be a gamified testnet that will have several features. It will have hard forks, restarts of the network, and two more special features to demonstrate performances.

It will also educate the participants to operate the latest version of Elrond nodes and to find the loopholes in the security system and challenge them.

The main net will go live following the test run of 15 days without any interference along with heavy load and intensive stress testing.

The participants on the testnet can get maximum rewards for completing the missions during the testing. After completion of the battle of Nodes: Onchained event, $20,000 will be rewarded to the participants as tokens. An additional 20,000 bounties will be given to the mainnet operators within the next year.

Previous Battle of Nodes events have been arranged in 2019 in the month of October and December. More than 400 participants from 43 countries contributed to the event using over 800 community nodes. $75k bug bounties have been given for bug tracking and participation in these events.

“Battle of nodes: Onchained is the final and most important step before the Elrond mainnet. Through it, we will demonstrate a robust and performant network leading to the launch. This is a remarkable milestone, and once 15 days have passed where the network runs without interruptions in a high TPS environment we will know Elrond is ready to go live.”

Elrond is a new blockchain architecture with high execution speed. With its two key innovations which include a highly adaptive Sharding mechanism and a Proof of Stake (PoS) algorithm, it will contribute to the global economy with high efficiency and linear scalability and high speed. It can process 10,000 transactions per second (TPS) at negligible cost.

cryptoworld I am content writer at LoogleBiz -A Large Local Business Directory with over 5 years' experience in creating high-quality content for a range of clients. Writing clear marketing copy to awareness about products/services, Preparing well-structured drafts using Content Management Systems, Researching industry-related topics (combining online sources, interviews and studies), include conducting thorough research on industry-related topics, generating ideas for new content types and proofreading articles before publication. #Some qualities that I have - *Excellent command over English language. *Basic analytical skills. *An eye for details. *Ability to meet deadlines. *Ability to develop innovative and engaging content. *Being able to deliver under deadlines. *Excellent writing and editing skills in English *Good command over Microsoft Office tools like Word doc, Powerpoint etc.
Posts You might like